Restoration of gait following stroke, traumatic brain injury, and spinal cord injury is a major task in neurorehabilitation. In the late 90s, treadmill training with partial body weight support was still the standard approach, that has shown considerable promise at restoring gait in chronic non-ambulatory subjects after stroke and spinal cord injury. In the early 2000s, two robotic technologies emerged based on the approach of repetitive practice of gait-like movements: exoskeleton and end-effector gait rehabilitation devices. 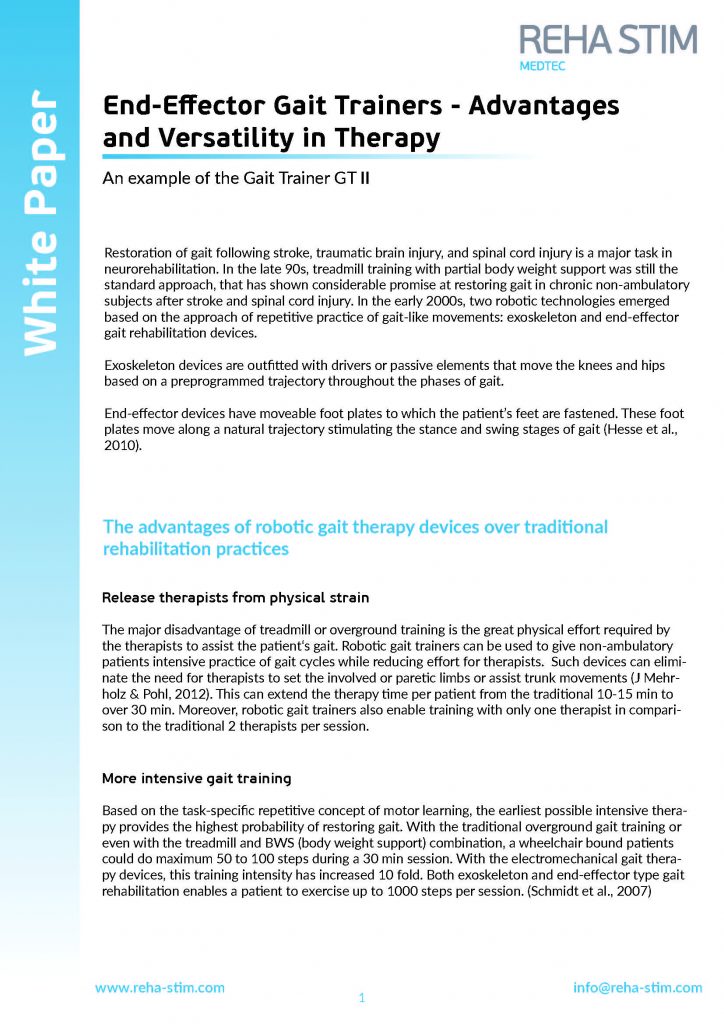 Do you struggle to provide your patients effective physical therapy because of social distancing rules?

We have the solution for you!